Here is my monthly update covering most of what I have been doing in the free software world during August 2019 (previous month): 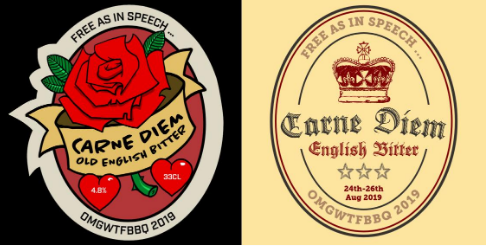 For the Tails privacy-oriented operating system, I was made a number of updates as part of the pkg-privacy-tools team in Debian:

Whilst anyone can inspect the source code of free software for malicious flaws almost all software is distributed pre-compiled to end users.

The initiative is proud to be a member project of the Software Freedom Conservancy, a not-for-profit 501(c)(3) charity focused on ethical technology and user freedom.

Conservancy acts as a corporate umbrella, allowing projects to operate as non-profit initiatives without managing their own corporate structure. If you like the work of the Conservancy or the Reproducible Builds project, please consider becoming an official supporter.

I also made the following changes to our tooling:

diffoscope is our in-depth and content-aware diff utility that can locate and diagnose reproducibility issues.

strip-nondeterminism is our tool to remove specific non-deterministic results from a completed build.

This month I have worked 18 hours on Debian Long Term Support (LTS) and 12 hours on its sister Extended LTS project.

You can find out more about the project in the following video: