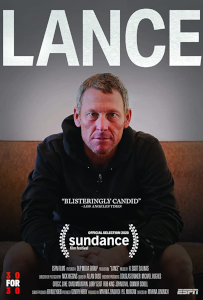 People do love to tell you that they "don't watch sports", yet the story of Lance Armstrong provides a fascinating lens through which to observe our society at large.

For example, even granting all that Lance did and all the context in which he did it, why do sports cheats act like a lightning rod for such instinctive hatred? After all, the sheer level of distaste directed at people such as Lance eludes countless other criminals in our culture, many of whom have taken a lot more with far fewer scruples. The question here is not one of logic or rationality, but of proportionality.

In some ways it should be unsurprising. In all areas of life, we instinctively prefer binary judgements to moral ambiguities, and the sports cheat is the very cliché of moral bankruptcy — cheating at something so trivial as a sport makes it more, not less, offensive to us. But at the same time find ourselves strangely enthralled by them, drawn together in admiration of their outlaw-like tenacity, and place them eerily close to our criminal folk heroes. Clearly, sport is not as unimportant or as trivial as we like to believe it is. In Lance's case though, there is also an undeniably a Shakespearean quality to the story, and we are forced to let go of our strict ideas of right and wrong and appreciate all the nuance.

And there is a lot of this nuance in Marina Zenovich's new documentary. In fact, there's a lot of everything. At just under four hours, ESPN's Lance combines the duration of a Tour de France stage with the depth of the peloton — an endurance event compared to the bite-sized hagiography of Michael Jordan's The Last Dance.

Even for those who follow Armstrong's story like a mini-sport in itself, Lance reveals new sides to this man for all seasons. For me, not only was this captured in his clumsy approximations at being a father figure but also in Lance being asked something I had not read in the countless tell-all books: did his earlier experiments in drug-taking contribute to his cancer?

Yet even in 2020, there are questions that remain unanswered. By needlessly returning to the sport in 2009, did Lance subconsciously want to get caught? Why does he not admit he confessed to Betsy Andreu back in 1999 but will happily apologise to her today for slurring her publicly on this very point? And why does he remain quite so vindictive towards former-teammate Floyd Landis? In all of Armstrong's evasions and masterful control of the narrative, there is the gnawing feeling that we don't even know what questions we should be even asking. As always, the questions are more interesting than the answers.

Lance also reminded me of professional cycling's obsession with national identity. Although I was intuitively aware of it to some degree, I had not fully grasped how much this kind of stereotyping runs through the veins of the sport itself. Like the drugs themselves. Journalist Daniel Friebe first offers us the portrait of:

Spaniards tend to be modest, very humble. Very unpretentious. And the Italians are loud, vain and outrageous showmen.

Former directeur sportif Johan Bruyneel asserts that "Belgians are hard workers... they are ambitious to a certain point, but not overly ambitious", and cyclist Jörg Jaksche concludes with:

The Germans are very organised and very structured. And then the French, now I have to be very careful because I am German, but the French are slightly superior.

This kind of lazy caricature is nothing new, especially for those brought up on a steady diet of Tintin and Asterix, but although all these examples are seemingly harmless, why does the underlying idea of ascribing moral, social or political significance to genetic lineage remain so durable in today's age of anti-racism? To be sure, culture is not quite the same thing as race, but being judged by the character of one's ancestors rather than the actions of an individual is, at its core, one of the many conflations at the heart of racism. There is certainly a large amount of cognitive dissonance at work, especially when Friebe elaborates:

East German athletes were like incredible robotic figures, fallen off a production line somewhere behind the Iron Curtain...

... but then Übermensch Jan Ullrich is immediately described as "emotional" and "struggled to live the life of a professional cyclist 365 days a year". We see the habit of stereotype is so ingrained that in the face of this obvious contradiction, Friebe unironically excuses Ullrich's failure to live up his German roots due to him actually being "Mediterranean".

Imention all this as I am known within my circles for remarking on these national characters, even collecting stereotypical examples of Italians 'being Italian' and the French 'being French' at times. Contrary to any evidence, I don't believe in this kind of innate quality. But what I do suspect is that people generally behave how they think they ought to behave, perhaps out of sheer imitation or the simple pleasure of conformity. As the novelist Will Self put it:

The really remarkable thing about this tendency is that even if we consciously notice it, there is no seemingly no escape: even I could not smirk when I realised that a brash Texan winning the Tour de France somehow manages to combine two of America's most cherished obsessions — winning... and annoying the French.