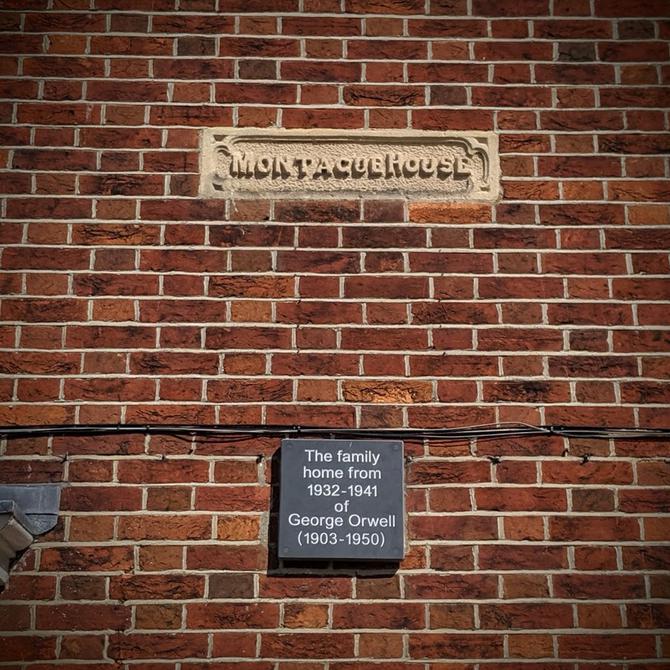 Irecently read that that, during 1929, George Orwell returned to his family home in the Suffolk town of Southwold, but when I further learned that he had acquired a motorbike during this time to explore the surrounding villages I could not resist visiting myself on such a transport mode.

Orwell would end up writing his first novel here (Burmese Days" followed by his first passable one (A Clergyman's Daughter), but unfortunately the local bookshop only had the former in stock. He moved back to London in 1934 to work in a bookshop in Hampstead, now a «Le Pain Quotidien».

If you are thinking of visiting, Southwold has some lovely quaint beach huts and a brewery. The officially signposted A1120 'Scenic Route' I took on the way out was neither as picturesque nor as fun to ride as the A1066, however.